The first is about how Americans’ political rights developed before the American Revolution, and about how it was a primary purpose of the Constitution to protect Americans from tyranny.

The second video is about why Jefferson said that Americans had their own constitution when they still lived in British colonies, before the Revolution.

In this note in today’s (Novemebr 28, 2022) “The Australian” newspaper, I explain why the increased use of wind and solar won’t being Europe increased energy independence – a point also made last week by the head of NATO and, I argue, implied by the International Energy Agency:

Costly proof energy autonomy gone with the wind (and sun) 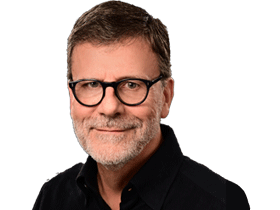 In response to Russia’s war, renewables advocates say Germany should increase its reliance on wind and solar generation, and that this will bring energy independence. It won’t, for two reasons: fuel and materials.

The International Energy Agency has said natural gas “is seen playing a major role supporting a transition to net-zero energy systems”. In July, the European parliament endorsed proposed EU rules allowing investment in gas and nuclear power as part of the energy transition.

Wind and solar generation need to be supported by gas, so accelerating the transition to solar and wind is likely to increase demand for natural gas (unless a new technology is developed). That has been Germany’s experience to date: from 2000 to 2021, as wind and solar went from 0.7 per cent of energy consumed to 12.4 per cent, natural gas went from 20.8 per cent to 25.8 per cent.

In response to Russia’s war, Germany can do what it is doing: reduce its imports of Russian gas and increase its imports of gas from elsewhere. Implementing this switch has faced bottlenecks in the infrastructure for importing gas from new sources as well as the limited availability of supply to meet the sudden increase in European demand. The switch has reduced fuel reliance on Russia, but not resulted in fuel independence.

Wind and solar are intermittent and low-energy-intensive sources of energy. A system built on them requires a massive increase in equipment and therefore in mining and industrial production. Such an energy system needs a hugely extended transmission network to link dispersed generators, it needs more than three times the amount of primary generation capacity to compensate for the intermittency of wind and solar, and it needs storage and back-up generation capacity to power the grid when wind and solar are not generating.

Oil, coal and gas are found in many places around the world. The materials required for an energy system built on renewables are not. Since China dominates industrial capacity and supply of critical minerals, more wind and solar will mean more dependence on China. (As Jim Chalmers said at the Australian Critical Minerals Summit on Friday: “Critical minerals could be the opportunity of the century for Australia.”)

Between 2000 and 2021, Germany’s use of nuclear energy declined from 12 per cent to 5 per cent of energy consumption. Along with its pro-renewables policy, Germany had been running an anti-nuclear policy. This is no surprise, since Green political parties typically urge both.

Many solar and wind advocates claim these are the cheapest means of generation. To support the renewables-only agenda, advocates misrepresent the system costs of wind and solar by not including the full costs of transmission system expansion or of the “firming” of intermittent wind and solar generation (of which gas peaking generators are a major source).

Often, advocates say that only five hours a day of firming capacity is required. That reminds one of a warning sign of the Bernie Madoff fraud scheme – he promised 10 per cent returns regardless of the performance of underlying investment markets. The amount of firming capacity required is grid-specific, dependent on the diversity of weather systems within the relevant electricity grid and the frequency of solar and wind “droughts” within those systems.

There are now live examples (Britain, California and Germany are three, and Australia is trending) that demonstrate that just because wind- and solar-generated electricity is cheap at the point of generation does not mean a grid powered by those sources will provide affordable electricity. The experience is that the transition to renewables is highly price-inflationary.

None of this is to suggest solar and wind generation do not have an important role in reducing CO2 emissions. But there are now vested ideological, political, business and financial interests that have placed their bets on solar and wind.

As always when faced with an alignment of powerful interests, we should be sceptical. Because access to affordable and available energy is fundamental to human wellbeing, we owe ourselves (and especially the billions of people still living in energy poverty) a franker discussion about CO2 reduction, one not distorted by an anterior bias towards a particular solution.

How the Constitution Can Accommodate Divergent Values

How the Constitution Can Accommodate Divergent Values

James Philips is the author of Two Revolutions and the Constitution: How the English and American Revolutions Produced the American Constitution, published by Hamilton Books and available through all online booksellers.

Jefferson was asserting that across the 13 British-American colonies there was a shared belief about how America should be governed.

The moral issue which most divided revolutionary America was not abortion: it was the institution of slavery. By the time of the Constitutional Convention in 1787, Massachusetts had abolished slavery through its new Bill of Rights, and other New England States were moving towards abolition. Georgia and South Carolina were adamant that they would not join the Union if slavery or the slave trade were suppressed. Some Virginian slave owners at the Convention spoke against slavery, on moral grounds.

The original Constitution addressed slavery in three places: once when dealing with the allocation of votes and taxes; once when prohibiting a ban on the importation of slaves before 1808; and once when requiring all States to return slaves who had escaped from other States.

By 1776, the British-American political system included: a legislature in each colony, with a chamber elected by most white men who owned property; jury trials, and the application of the common law; low taxes; the limited exercise of British power in the colonies; and a belief that the colonies should be able to grow westward.

The Declaration was electrifying in its assertion of “certain unalienable rights; …among these are life, liberty, and the pursuit of happiness”. How did the Constitution give effect to these rights?

Not by setting out personal rights. The original Constitution was focused on establishing the machinery of a new system of republican federal and national government. It was this system, rather than the express enumeration of individual rights, which would protect Americans’ liberty and protect them from tyranny.

When founding the nation, American political leaders had to both leverage Americans’ shared political culture and beliefs, and allow for Americans’ differing moral beliefs and values.

In some ways, differing beliefs about the issue of abortion are even more politically difficult than about slavery. Defenders of slavery claimed that it was economically, not morally, necessary. Anti-slavery advocates believed that there was a moral imperative to abolish slavery.

The possibility of the Supreme Court being activist in constitutional issues would have surprised the founding generation, who knew that differences in values across the 13 original States were a political reality, with slavery being the most obvious example.

Since the Second World War, internationally human rights treaties and constitutional protections have expanded immensely in scope. Some Americans see a role for the Supreme Court in responding to the changed human rights environment by finding rights which were not explicit in the Constitution or the Bill of Rights. For originalists, the express enumeration of rights is a constraint on the Court’s ability to do this.

The question now is the extent to which differences should be resolved through State democratic processes or constrained by the Supreme Court finding individual rights as paramount rights.

The challenge of enabling a single federal/national government in a nation with differing (as well as many shared) convictions about moral issues has been with the nation since its founding.

The second episode was even better than the first, as we talked more broadly about the importance, wonder and learning of history.

So exciting to discuss with Jon Streeter and Joe Parker, of the 15-Minute Hitory Podcast, aspects of the history that produced Americans’ perception of their constitution before the American Revolution (as well as other topics)!!!

Dean Karayanis quoted some comments that I made at my book launch:

James Philips, author of Two Revolutions and the Constitution, found over 4 million Google search results for the phrase “Trump coup,” questioned that elevation of the unorganized “rabble.”

“Let’s assume,” he said, “that President Trump was so narcissistic and so indifferent to the Constitution that he believed that his desire to win trumped the Constitution [and] would have been happy to use illegal means to retain the presidency.

“Could he have succeeded? Well, no.” President Trump was “never likely to subvert enough people in all the organs of law, government, the military and the media that he would have needed to mount a successful coup.”

January 6, looked at in this light, was the moment our democracy proved its strength. No mob — even several states arming themselves to secede in the 1860s — has proven powerful enough to destroy it.

So excited to have my book launched, and to have a panel discussion, at the wonderful Centre for Independent Studies!

Thanks to Nick Shepley for a wonderful discussion about the origins of the American Constitution, as explained in my book.

Thrilled to have been interviewed by the wonderful Llewelyn King and Linda Gasparello on their program White House Chronicles, distributed on many PBS channels and other platforms, about the origins and importance of the US Constitution, and constitutions generally.